What is a Study Drug? Brief History? 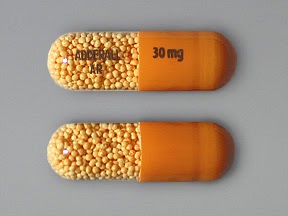 The term Study Drug has been coined by society as a nickname for ADHD stimulant medications that are repurposed with the intention of enhancing a person’s ability to study. This generally applies to college students that are taking drugs like Adderall or Vyvanse without prescriptions during Midterms or Finals week.

ADHD is a genetic brain-based syndrome that stems from unnatural regulation of a particular set of functions and related behaviors within the brain. The disorder currently only has one known cure/treatment which is the use of ADHD stimulant medication that works to normalize the chemicals, or neurotransmitters, affected by this disorder within the brain. The most common stimulant most people recognize is Adderall.

Adderall originated from a drug created in the early 1900’s. In 1920 an American chemist named Gordon Alles was trying to find a treatment for asthma which resulted in him synthesizing a substance related to adrenaline that was known to aid bronchial relaxation. He created a chemical known as an amphetamine. By the 1930’s the drug named Benzedrine, a brand name amphetamine, was taken to elevate mood, boost energy, and increase vigilance. The US military distributed this to soldiers, and they were known as “go pills.”

After the war the drug was slightly modified, and the brand name drug Dexedrine was released. Dexedrine was prescribed to treat depression. Obetrol was another brand name amphetamine released around the same time as Dexedrine and it was used mostly by women because of the side effect of appetite suppression so it functioned as a diet drug. In the early 1970’s around 10 million adults were using amphetamines within the United States which prompted the Food and Drug Administration to step in with strict regulations causing the amphetamines to fall out of common everyday use. Twenty years later a pharmaceutical company executive named Roger Griggs decided to revisit the forgotten drug Obetrol. He tweaked the formula a little bit and named the new product Adderall. This new drug was brought to market for children and teens who doctors believed had ADHD. Finally, a few years later a time-release version of the drug was released that provided a prolonged delivery to the blood stream and was supposedly less addictive.

Many different versions of ADHD stimulants have been created and used for different cases over the years. The main difference is slightly different chemical compounds which change the conversion in the blood stream but Vyvanse and Adderall appear to be the most common currently. On top of these two drugs some other options include: Concerta, Focalin, and Ritalin. 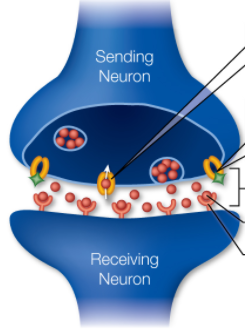 The ADHD stimulants work by altering the way that chemicals work within the brain. The drugs alter the way that dopamine and norepinephrine act within your brain. Dopamine is considered to be the “reward” neurotransmitter and regulates the pleasure, motivation, cognition, and movement within a person. Norepinephrine is what people think of when they think adrenaline rush. This affects the arousal, attention, and movement of someone which can be more clearly compared to activating a fight or flight response. These two different neurotransmitters normally leave one neuron and enter the synapse where they will bind with a receptor and this is where the noticeable reaction or change of emotion occurs. What the ADHD stimulants do is block the reuptake or absorption of these chemicals once they have binded with receptors and also increase the flow of dopamine into the synapses. This is essentially taking an adrenaline rush and a chemical motivation and forcing the body to extend the duration of the positive effects throughout the duration the drug is functioning in someone’s body.

In a normal person’s brain these chemicals are already in balance so the drug creates a sort of high which I will talk about later but in the brain of someone that suffers ADHD the drug is attempting to normalize the chemicals. This essentially is leveling the playing field when it comes to motivation and alertness being compared to someone that doesn’t have the disorder.

Adderall and other ADHD stimulants have been repurposed by many people over the past decade or so and have become increasingly popular among college students. The drug is not only being used to treat ADHD, but many people are purchasing these drugs illegally in order to study more effectively or to take before they go to a party, concert, adult venue, or even to workout. 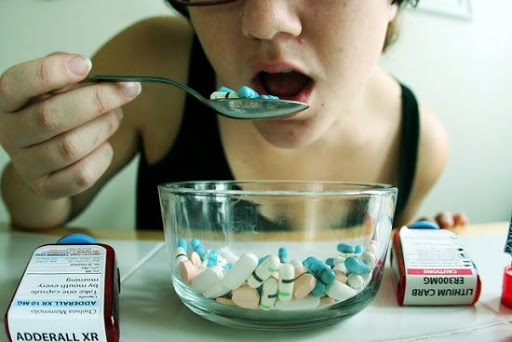 The effect of the drug differs from person to person and is also based on the dosage that people take but in general the illegal uses of the drug include using it as a study drug, a party drug, a drug causing a euphoric high, or for athletics. When using this as a study drug, students are hoping to increase alertness, focus, and memory consolidation which are all different effects of the drug. As I explained earlier the drug is designed to raise the level of Dopamine and Norepinephrine levels in the brain at a given time, so, when someone who does not have ADHD uses the drug, the effect is similar, but the results seem to be much more intense. The user will experience a heightened state of functioning and an increase in motivation and energy. This allows the user to study for hours on end without feeling any sense of tiredness or lack of motivation. The second common form of illegal use is the use of ADHD stimulants as a party drug. These stimulants are taken because they increase the energy and confidence/motivation within the user and also seem to increase the tolerance to alcohol. This increased tolerance and confidence is what a lot of users want at parties because they no longer fit the stereotype of a “lightweight” and they are very talkative and confident. Essentially it allows them to become the life of the party in their eyes. The third form of abuse is for a euphoric drug high. This is not as prominent as the other uses but in a high enough dosage the stimulants are capable of giving similar highs to other amphetamines like cocaine or methamphetamine and are described as “wild and crazy highs.” The final form of abuse is for athletics. The stimulants increase the norepinephrine in the body so that in turn increases the endurance, energy, pain tolerance, and focus of the user. Many people playing contact sports or working out use them and they act like a very strong pre-workout. 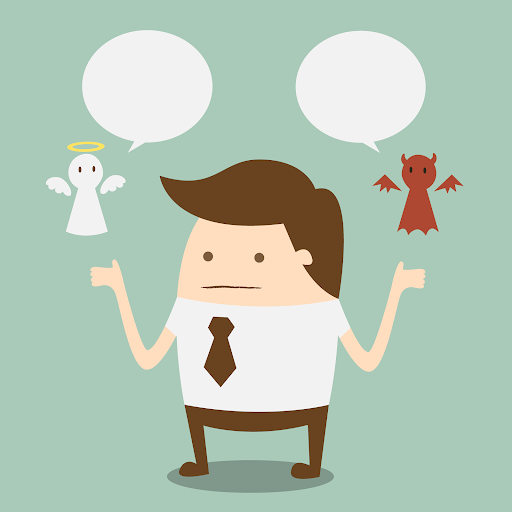 I think that it is ethically wrong to abuse the drug because it has been specifically designed for the treatment of ADHD and in some rare cases narcolepsy. Using this drug to enhance studying or enhance some other aspect of your life is unfair to those who suffer from ADHD because you are essentially achieving a high functioning state they will never be able to achieve chemically, and it is also highly illegal. Until these drugs are altered and not marketed as ADHD treatment, I think it is completely immoral to misuse them and even if a day comes where a new stimulant for everyone is released, I still do not think it will ever be an ethical choice to use the drug.

In the short term when taking the recommended dose as prescribed by a doctor no negative effects have been discovered yet. However, many negative effects for people illegally abusing these drugs exist in the short term. Many people do not require the chemical changes that these drugs cause, so they experience a drug high every time they take them for whatever purpose they have. The drugs are highly addictive so experiencing a sense of euphoria and extreme confidence or motivation increases the chance of addiction and the eventual possibility of overdose. When using stimulants as a party drug most people don’t realize that it doesn’t just magically increase your tolerance to alcohol but just counteracts the effects alcohol has on your body to give the appearance of a high tolerance. The bodies blood alcohol content is still increasing at the same rate and it is actually incredibly dangerous to drink while on a stimulant. The reason it is so dangerous is because you can have consumed several drinks and feel relatively sober and then a few drinks later you could develop alcohol poisoning because the stimulant is just a façade hiding inebriation, not combatting it. Finally, when using this drug for athletics it can commonly cause people to overexert themselves and upon coming down from the drug high, they will realize they are in far more pain and have completely exhausted their body past a safe level of exertion.

Using the prescribed dose, the long-term effects that may result include a dependency on the drug and possibly long-term ADHD symptom relief. No negative effects have been found yet, but the drug also hasn’t been proven to be 100% safe because it hasn’t been around for more than a few decades.

Using more than the prescribed dose can result in many different issues. These include insomnia, heart disease, depression, anxiety, fatigue, and dulling of neurotransmitters and therefore emotions/feelings. Sometimes these negatives are reversible with proper lifestyle changes, but sometimes they remain permanent.

I wanted to end this post by talking about my personal experience with ADHD stimulants and specifically Adderall. I was first exposed to Adderall in my Senior year of high school. My mom has her PHD in Psychology and is currently self-employed as a Clinical Psychologist. She told me multiple times throughout my high school experience that she believes I suffer from some version of ADHD based on her observation of my study habits and occasional impulsive decision making. I discounted this information at first because I didn’t think these issues were really much of a problem to me even if they did exist but by Junior year in high school I became curious what it would be like to not procrastinate so much and actually feel capable of sitting down in one place and focusing for an extended period of time. I started doing my own research on Adderall and all of the different pros and cons of the drug and after I absorbed all the knowledge I felt necessary, I told her I was open to trying the drug. I didn’t want to use the drug everyday like some people do because I didn’t feel that I needed the increased level of focus on a day to day basis so I only used Adderall when I had a lot of work and needed to study for a long time. After a few years of on and off use of Adderall I have come to the conclusion that I do not like the drug, and I do not intend to take it in the future. I believe that I have a mild enough form of ADHD that life will be very manageable without assistance from Adderall. I do not like how I feel after I take the drug and I never look forward to taking it. I think that it is an amazing option for people that have severe cases of ADHD and need to be constantly relieved with the normalization of chemicals but in my experience, it is not for me.