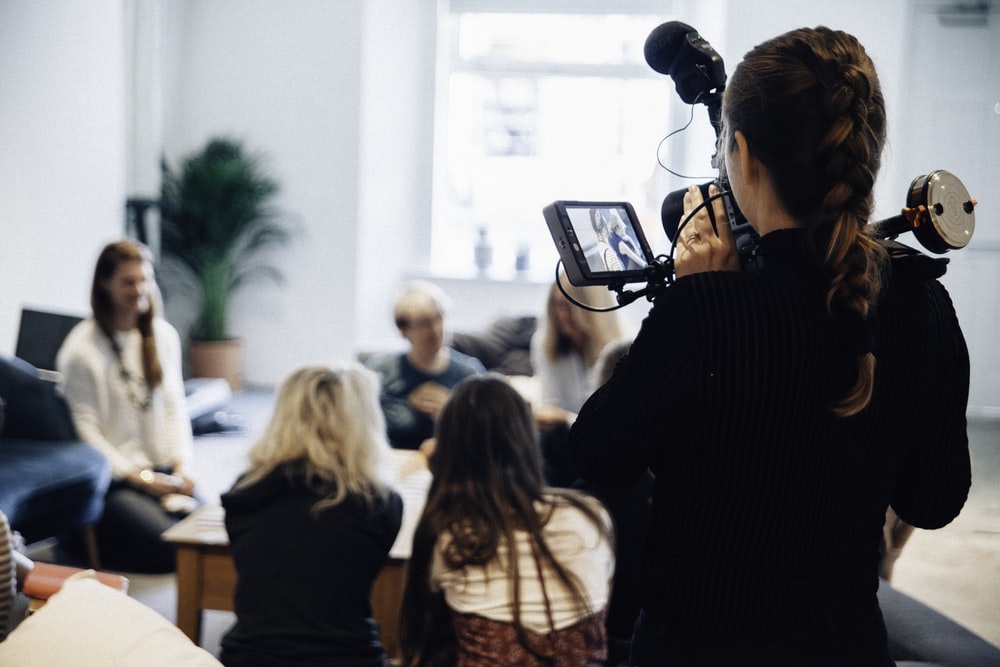 Most modern Marketing requires a fluent understanding of multimedia. That includes being at least modestly savvy with photo, video, and audio formats. I hope to compile a crash course of concepts so if you ever have the opportunity to create a piece of media, you at least have a grip on the fundamentals. I’ve taken years of experience and dozens of hours of my own research on YouTube along with blog and magazine articles to come to my level of understanding. I’ve always wanted there to be a concise collection of information that would speed up the learning process. So I’m going to attempt to do that with this 10x guide post.

In this article, I will be going over photography, video, and audio. The photography will be understanding how to create a good image and acquire a desired effect. This will take up the bulk of the guide because it applies heavily into the video section as well. In the video I’ll go over simple techniques that highlight what’s important in creating a video. And with audio, talk about how to capture clear audio and when to implement it.

It is such a waste when people have expensive cameras and only use the auto mode. Auto setting on your camera can take some great pictures but it’s only tapping into a small fraction of its potential.

Putting it all together – How Aperture, Shutter Speed, and ISO work together

Each of these settings you can control independently and each of them feed into the other one to balance a good image. I will give some scenarios on which combinations you should use. But for the most part you want to keep ISO as low as possible which makes things easy. And these numbers are just ballpark estimates and not exact. You’ll have to assess each scene and make small adjustments to get the light just right. As you will soon find out, it becomes a little complicated but I guarantee the results will be better than if you use auto mode.

Group of People Outside

Explanation: If it is outdoors, it is most likely a very bright scene. So you don’t want your shutter speed or aperture too low because your image will become too bright.  Aperture of 3.5 opens up and allows for a little bit of bokeh in the background but still gets all the faces of the subjects sharp. If it was any lower some faces might be out of focus and only one face would be sharp. You want the people’s faces to be the main attention of the image. The fast shutter speed of 1/800 compensates for the brightness brought in by the low aperture by making it darker. Not only does it make the image darker, but also is fast enough to freeze any motion from the  individual people if they can’t hold still.

Explanation: As the only focus of the image, you want the lowest aperture in order to produce the sharpest focus on the eyes. Because a picture is so low you’ll have to darken the image somehow. The higher shutter speed prevents the picture from becoming too bright.

Explanation: Stars are very dim and very far away. The aperture of 12 allows us to make sure everything is in focus. On the downside the image will be darker, so we have to brighten the image some other way. By slowing down the shutter speed to 10 seconds, the shuttle will be open for 10 seconds letting light hit the sensor for the whole time. You could also increase the ISO but with a black sky, the graininess of the digital enhancement will be more apparent.

Explanation: In order to capture a fast-moving athlete, you have to move your camera around quickly. That means it’ll be difficult to lock in the focus while tracking the subject. The aperture I used of 8 will increase the chances of the subject being in focus while still absorbing as much light as possible. If it were at 10, the image might be too dark to work with and if it was too low like 3 it would be hard to keep the subject in focus while they were running around. The high shutter speed of 1/2000 will make the image darker but it will properly freeze the athlete in motion. Assuming this image is outdoors in bright sunlight, it would be acceptable to increase your ISO slightly to compensate for the darkness provided by the high aperture and high shutter speed.

First ask yourself: does the color to be improved or are you adjusting just because you can? A lot of times I see beginner photographers over edit their pictures. Just because you can boost the saturation and contrast doesn’t mean you should. What I’m going to describe is very basic and only the tip of the iceberg. A lot of color corrections are subjective but there still are some guidelines if you simply want to get by. The goal is to have the image look natural but enhanced.

When getting a good image on video shares a lot of similarities as photography. A key difference is frame rate. If you want a natural frame rate 30 fps is the standard play back for most movies. The only reason you would want to record at 60 fps or more is for slow motion editing or fast pace recording like sports. If you’re just starting off, have your camera set to 30 fps.

Now video is much more dynamic than just photography. That means the lighting situation could possibly be always changing. To keep up with these changing settings there are automated features on your camera that will assist.

People don’t notice when audio is good, they only notice it when it’s bad. So it’s really important to have good audio to help with immersion and reduce distractions. So spend at least $30 on an external microphone if you want to substantially increase the quality of your videos.